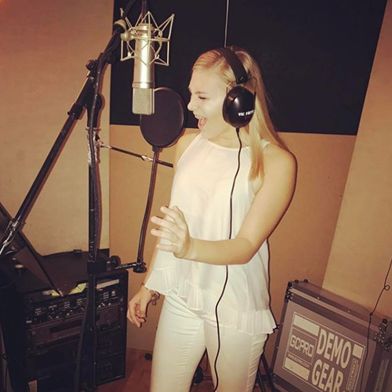 LIVV is an 18-year-old award-winning recording artist from Windham, NH who has performed for New England sports teams including the Boston Red Sox, the New England Patriots, the Boston Celtics, NASCAR, and SuperCross. LIVV released a double EP titled “Just LIVV” at the age of 14 which she recorded with Grammy-winning artists in Philadelphia. Her first single “Tear Down the Walls” was downloaded and streamed in over 75 countries worldwide with over 200,000 streams. In addition to working on her next music release, she will be attending Berklee College of Music starting in the fall of 2021. She can be followed on her website at www.justlivv.com and on her instagram page at @justlivv_Music.