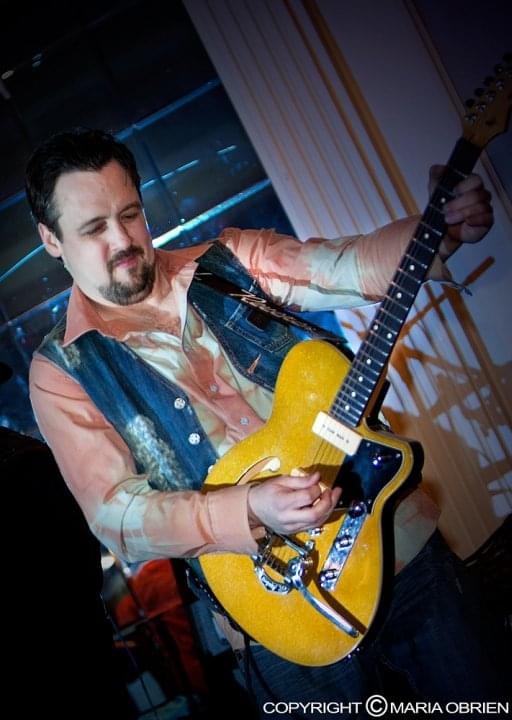 Mike has played on stages all over the US, Canada, and even into South America and Europe. He has jammed with or played alongside musicians such as members of Lynyrd Skynyrd, Aerosmith, Boston, Bon Jovi, Skid Row, The J. Geils Band, The Doobie Brothers, The Bay City Rollers, The Supremes, Run DMC, N’Sync, The Cars, Til Tuesday, The Red Hot Chili Peppers, Foreigner, Ben Folds Five, and many more. Mike has been on over a dozen albums and was an original member of The Mudhens who enjoyed national commercial radio success on the Gavin Charts while sharing the stage on tour with countless bands and artists such as Neil Young, Beck, Paul Simon, Bob Dylan, Jimmy Buffet, 10,000 Maniacs, and Toad the Wet Sprocket among many others. Mike has been a member of the Flutie Brothers Band for over 25 years where he has played on countless radio and TV shows as well as the Howard Stern Show and has performed at over 18 Superbowl events.