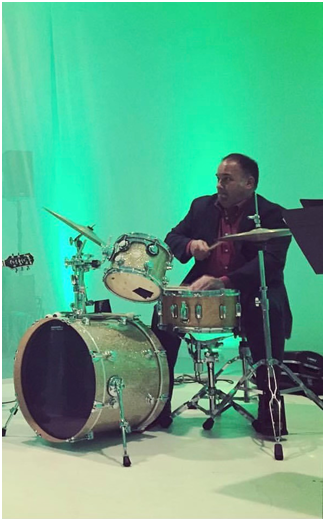 Steve Pappone follows in the large footsteps of his father, John Pappone, a well-known name to drummers everywhere. Steve grew up in the shadows of photos hanging on the wall of his old man with every rhythm maker from Ringo star to the latest in rock and pop music.

Steve has been banging out rhythms since he was able to walk. He’s played on the biggest stages and with some of the biggest names in the business along the way.

Steve is a musicians’ musician where he is not only a master at building a backbeat but he is able to play a wide variety of instruments and styles and if you listen carefully, that’s Steve’s voice on the Rockphoria harmonies.